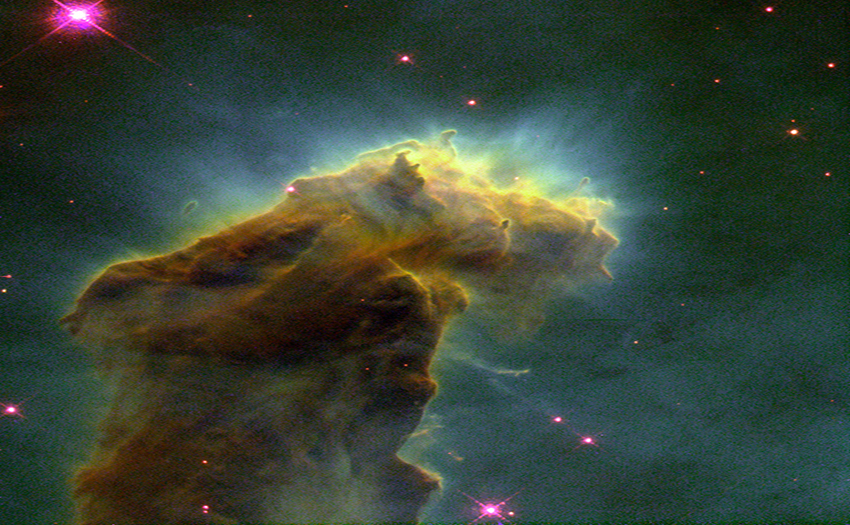 Pillars of Creation is a large star cluster located in the Eagle Nebula which is also known as the Eagle Nebula M16, is located at the end of the Serpent constellation, about 6,500 ~7000 light-years away from us. Pillars of creation are located in the heart of the Eagle Nebula and are at least 5 light-years in length. They are embodied as two large and one small three columnar structures. Each "pillar" is about 1 light-year in diameter. Compared with other nebulae, The matter here is more enriched, and many stars are forming, so it is also the place where stars were "created", so astronomers call it "Pillars of Creation".

Taken on April 1, 1995, this well-known image was named one of the top ten photographs from Hubble by Space.com. The region was rephotographed by ESA's Herschel Space Observatory in 2011, and again by Hubble in 2014 with a newer camera. Released in 2007, Chandra X-ray Observatory (AXAF) had observed the area in 2001; it did not find many X-ray sources in the towers but was able to observe sources at various X-ray energy levels in the area from young stars.

The image is noted for its global cultural impact, with National Geographic noting on its 20th anniversary that the image had been featured on everything from "t-shirts to coffee-mugs". 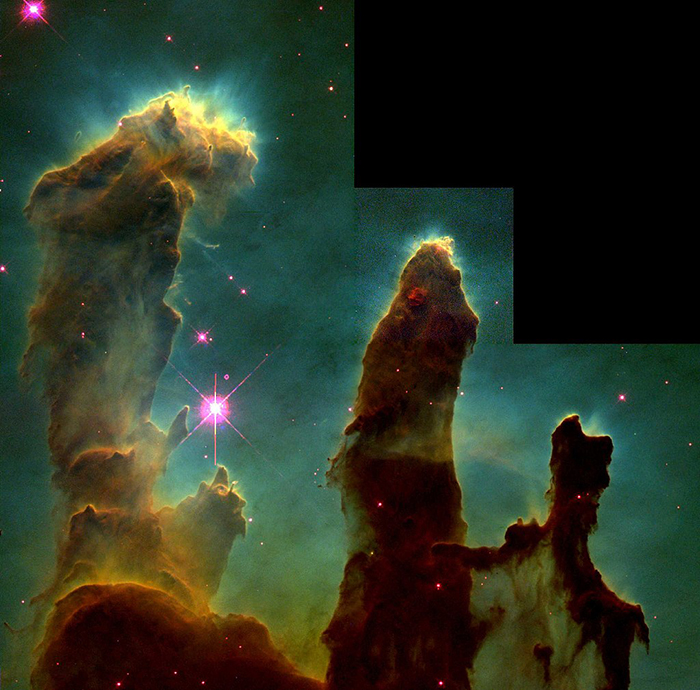 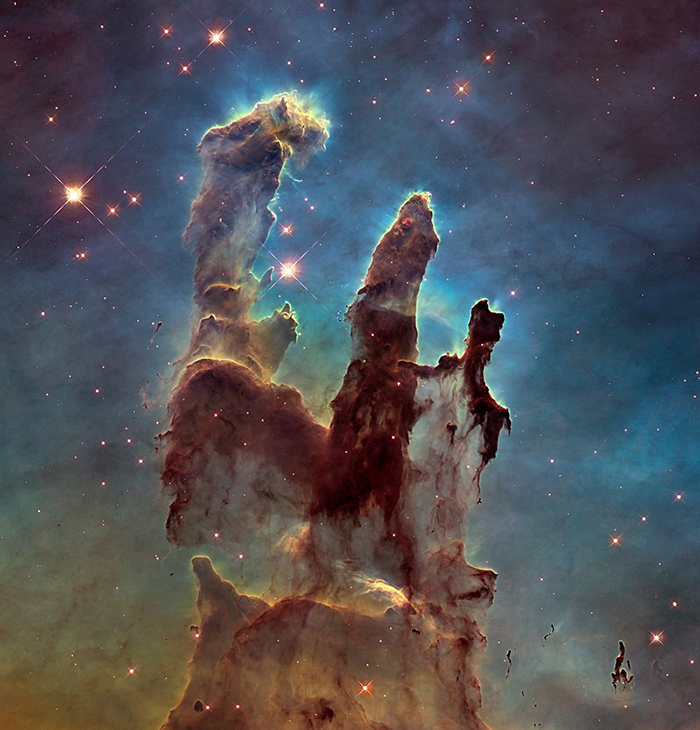 A higher-resolution HST image of the Pillars of Creation, taken in 2014 as a tribute to the original photograph

According to a report from NASA, Hubble has discovered that in the new infrared image, the Pillars of Creation is collapsing, the clear edges are gradually fading into a blurred scene, while the newborn stars inside are getting brighter and brighter. Since the Pillars of Creation are rich in gas and dust, the matter is easy to accumulate. When more and more gas and dust accumulate, primitive star cores will be formed. The nucleus, at first it was just an asteroid, but under gravity, it will absorb more matter, and the asteroid will become larger and larger and become a planet. If it continues to absorb matter, it will stimulate the internal hydrogen nuclear fusion then becoming stars, astronomers have observed that there are many primitive star cores in the Pillars of Creation, some of which have become stars. During the formation of these stars, it will inevitably absorb a large amount of gas and dust in the nebula, and the activity of stars and the influence of gravity will agitate the gas and dust in the nebula, so the shape of the pillar of creation is constantly changing. Its outer edge becomes blurred and the star becomes clear is caused by this phenomenon.

by Cindy
What is the Function of the Drying Chamber？