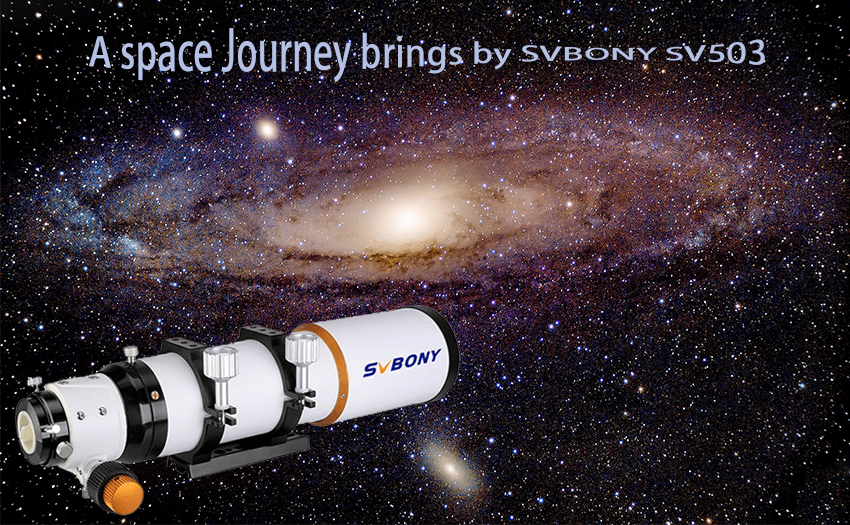 Recently I have always seen beautiful nebula pictures in the Svbony Telescope Club. They reflect the author's excellent photography and post-processing skills, and also give good feedbacks to SVBONY SV503, and those who have used think SV503 excellent value for money.

I summarized some recent good works, and hope more people can see them. The article gives a very brief introduction to every Nebula. At the same time, it also lists the equipment, accessories, and post-processing tools used by the authors. I hope it can help the ones who like nebula and astrophotography.

Next, I will introduce the works according to the traditional classification of the nebula. including diffuse nebula, planetary nebula, and supernova remnants.

The Great Orion Nebula (M42, NGC 1976) is a diffuse nebula in the constellation Orion. It is 1344 ± 20 light-years from Earth. It is the closest star-forming region to us. It is quite bright, second only to the Ship's Base Nebula throughout the day. It can be observed with the naked eye in areas free of light pollution. 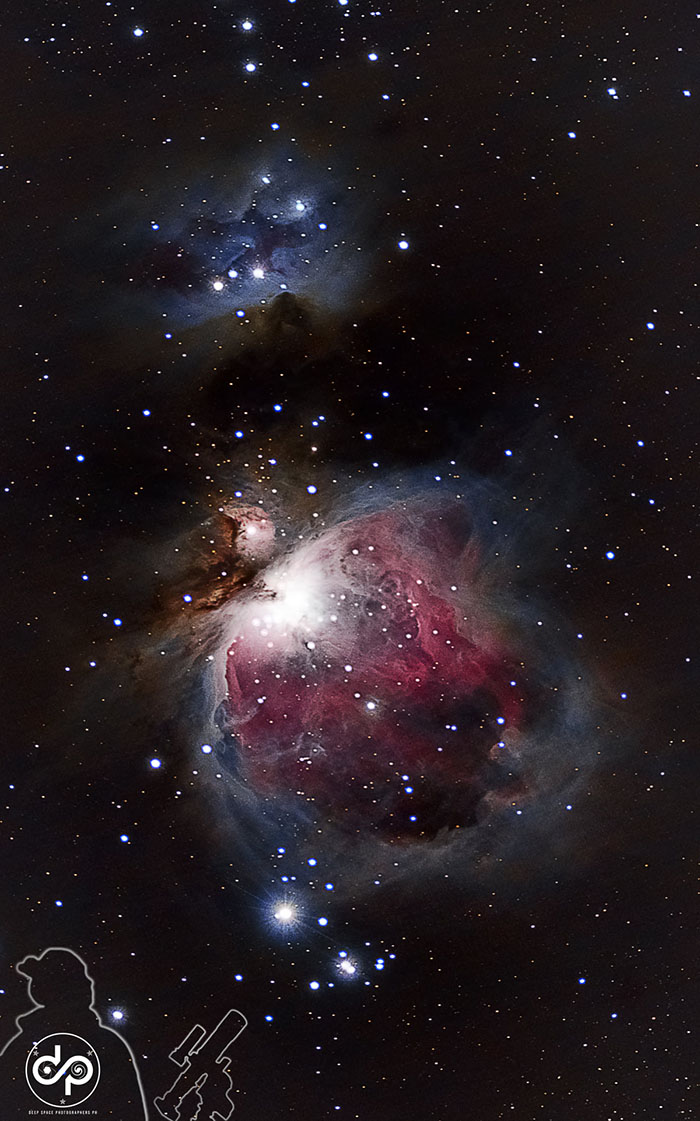 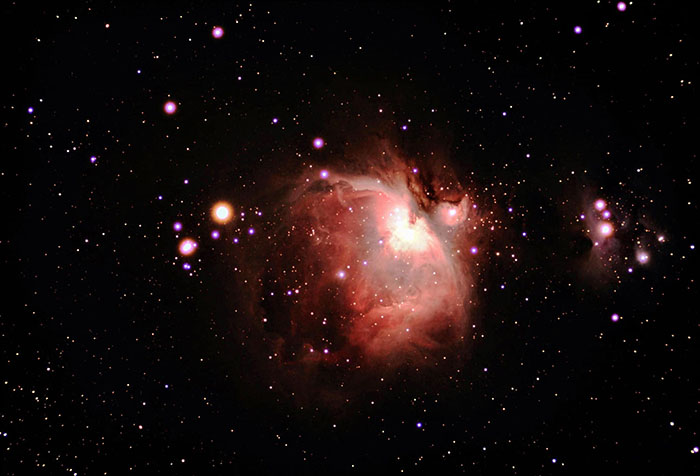 The Rosette Nebula is also called Cordwell 49. It is a large spherical region of ionized hydrogen with a rounded appearance. It belongs to the emission nebulae of the diffuse nebula. It is located in the constellation Kirin. It is a giant molecular cloud near the end of the Milky Way. The stars in the sparse cluster NGC 2244 (Coldwell 50) were formed from the material of this nebula. So they are tightly bound to The Rosette Nebula. 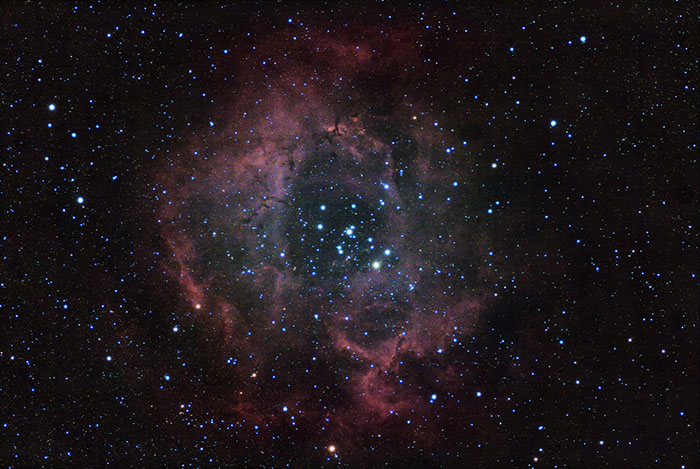 NGC 7635, also known as the Bubble Nebula, Sharpless 162, or Caldwell 11. The "bubble" was created by the star SAO 20575. It is a diffuse nebula located in the constellation Cassiopeia. In 1787, it was discovered by William Herschel. 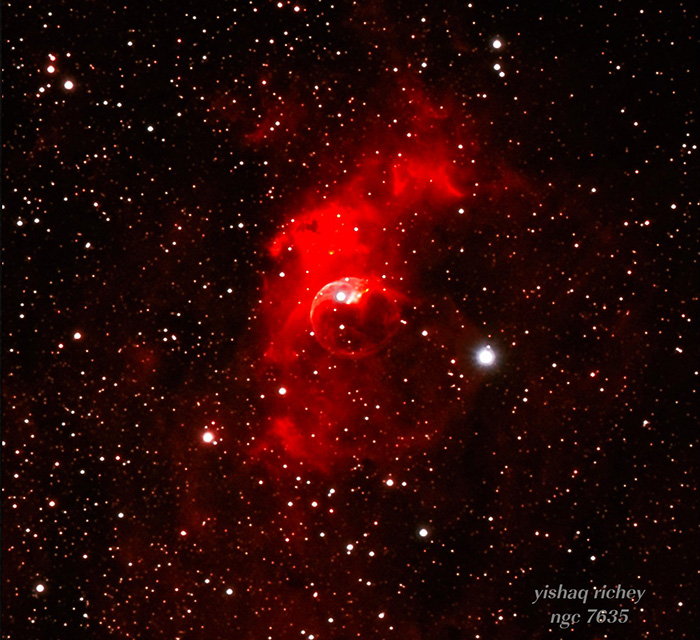 The Trifid Nebula (also known as M20, NGC 6514 ), belongs to the diffuse nebula. It is located in the constellation Sagittarius.  It was discovered by Charles Messier on June 5, 1764. And its name means "divided into three pieces". 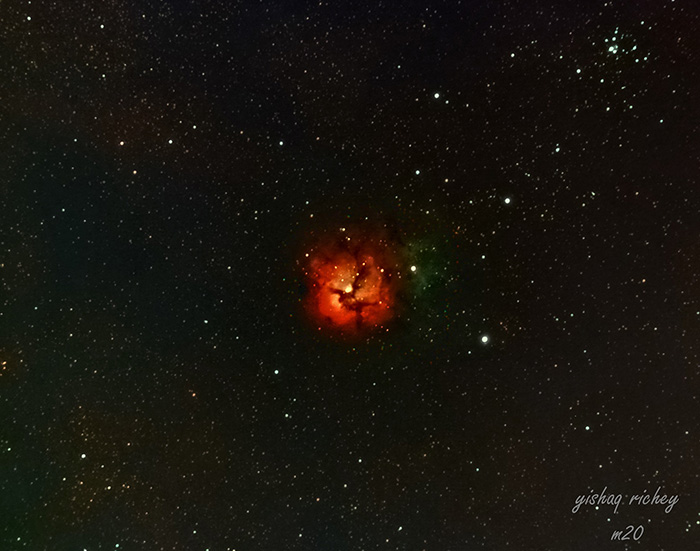 M27 is a planetary nebula in the constellation Fox. It is also called the Dumbbell Nebula because of its resemblance to a dumbbell. It was the first planetary nebula to be discovered by humans. It was discovered in 1764 by the French astronomer Charles Messier. 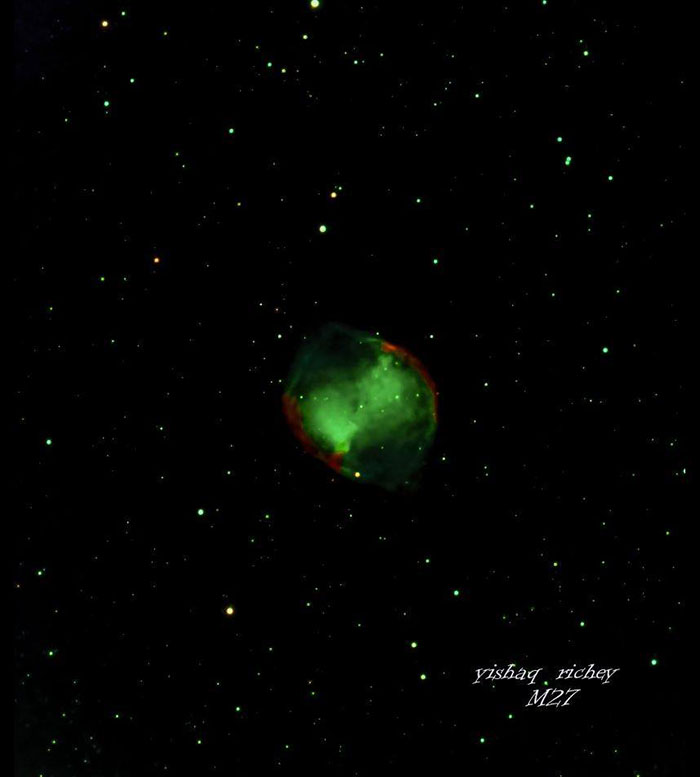 NGC 6960，belonging to supernova remnants. it is a kind of veil nebula，Western Veil. It just like a finger or a Broom，so also called God's finger or the witch's broom. 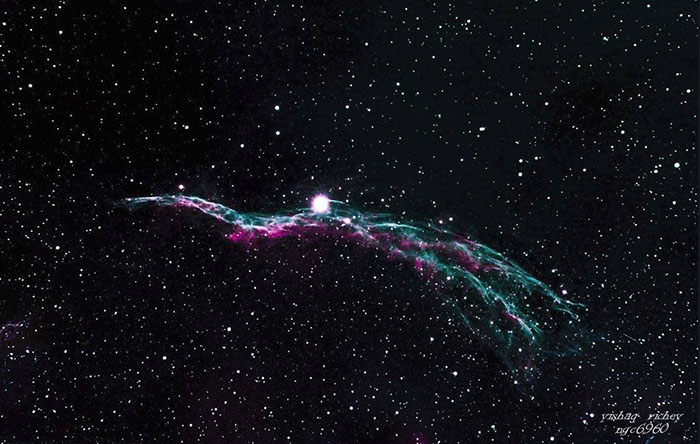 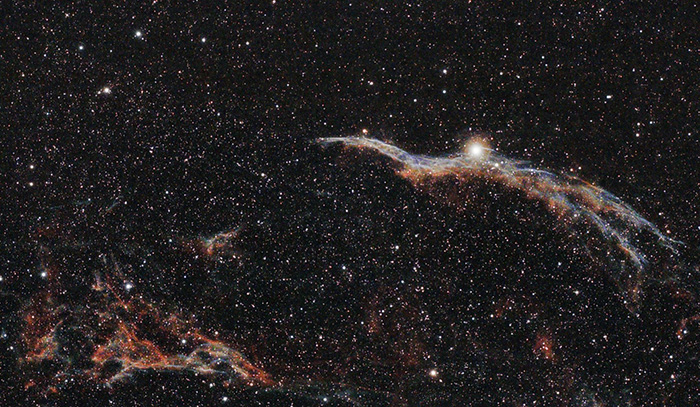 (Another one is from Jay En Em. by SV503, Process in Pixinsight)

Write down at the end

I will end with the Andromeda Galaxy of Grim Villanueva II.  Andromeda Galaxy, also known as Messier 31, M31 and NGC 224. It is a spiral galaxy about 2.5 million light-years from Earth. Andromeda galaxies are easily visible to the naked eye in moderately dark skies. But such scenery only exists in lower light pollution environments. 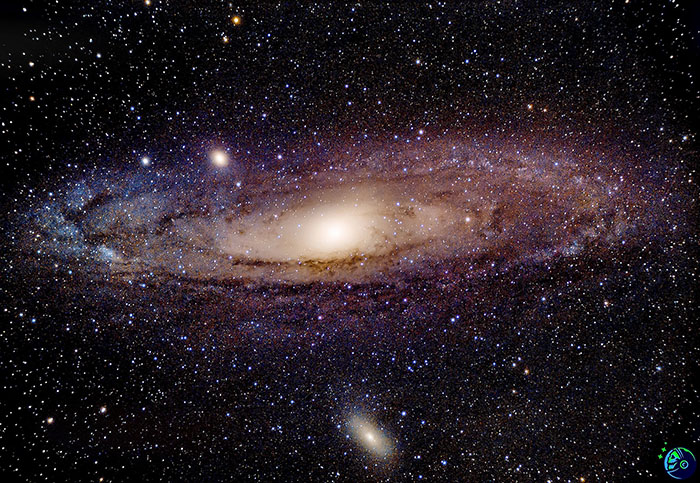 A starry sky is a place worth exploring. It is astrophotography that brings us the beauty we cannot see with our naked eyes. We look forward to more and better works from SVBONY products including SV503 and our photographers. Last but not least, special thanks to those who are willing to provide me with photography works and materials.Thanks again.

you can learn more about the SVBONY SV503 ED telescope. https://www.svbony.com/blog?s=sv503

by Taffy
What accessories do you use with SV503?

by svbony
Review of the SVBONY SV503ED Refracting Telescope.

by Tyson
How to choose microscope camera?

by Taffy
What accessories do you use with SV503?

by Karida
Testing the AstroDMx Capture for Window