Serinus is a genus of small birds in the finch family Fringillidae found in Europe and Africa. The birds usually have some yellow in their plumage. The genus was introduced in 1816 by the German naturalist Carl Ludwig Koch. Its name is New Latin for "canary-yellow".

The corn bunting (Emberiza Calandra) is a passerine bird in the bunting family Emberizidae, a group now separated by most modern authors from the finches, Fringillidae. This is a large bunting with heavily streaked buff-brown plumage. The sexes are similar but the male is slightly larger than the female. Its range extends from Western Europe and North Africa to northwestern China. This is an unusual bunting because the plumages of the sexes are similar in appearance, though the male is approximately 20% larger than the female. This large bulky bunting is 16–19 cm long, with a conspicuously dark eye and yellowish mandibles. Males lack any showy colours, especially on the head, which is otherwise typical of the genus Emberiza. Both sexes look something like larks, being streaked grey-brown above with whitish underparts. The underparts are streaked over the flanks and breast, and the streaking forms a gorget around the throat. The lesser wing coverts are distinctively dark and white-tipped. The tail is plain brown. The song of the male is a repetitive metallic sound, usually likened to jangling keys, which is given from a low bush, fence post, or telephone wires.

The little egret (Egretta garzetta) is a species of small heron in the family Ardeidae. It is a white bird with a slender black beak, long black legs, and, in the western race, yellow feet. As an aquatic bird, it feeds in shallow water and on land, consuming a variety of small creatures. It breeds colonially, often with other species of water birds, making a platform nest of sticks in a tree, bush, or reed bed. A clutch of three to five bluish-green eggs is laid and incubated by both parents for about three weeks. The young fledge at about six weeks of age. Its breeding distribution is in wetlands in warm temperate to tropical parts of Europe, Africa, Asia, and Australia. A successful colonist, its range has gradually expanded north, with stable and self-sustaining populations now present in the United Kingdom. 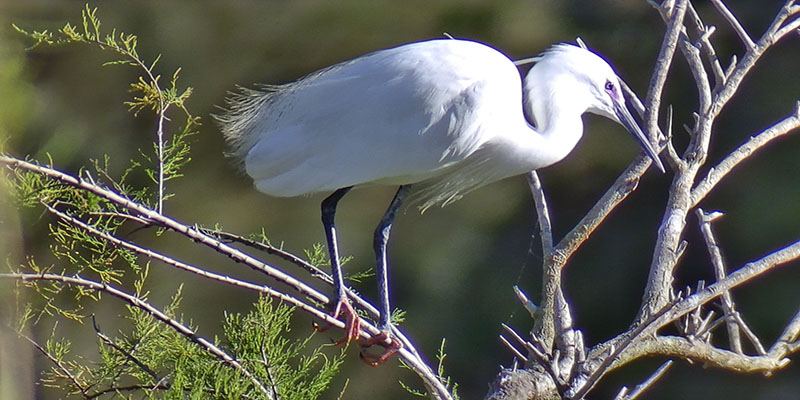 The European robin (Erithacus rubecula), known simply as the robin or robin redbreast in Great Britain, is a small insectivorous passerine bird that belongs to the chat subfamily of the Old World flycatcher family. About 12.5–14.0 cm (4.9–5.5 in) in length, the male and female are similar in coloration, with an orange breast and face lined with grey, brown upperparts, and a whitish belly. It is found across Europe, east to Western Siberia, and south to North Africa; it is sedentary in most of its range except the far north. 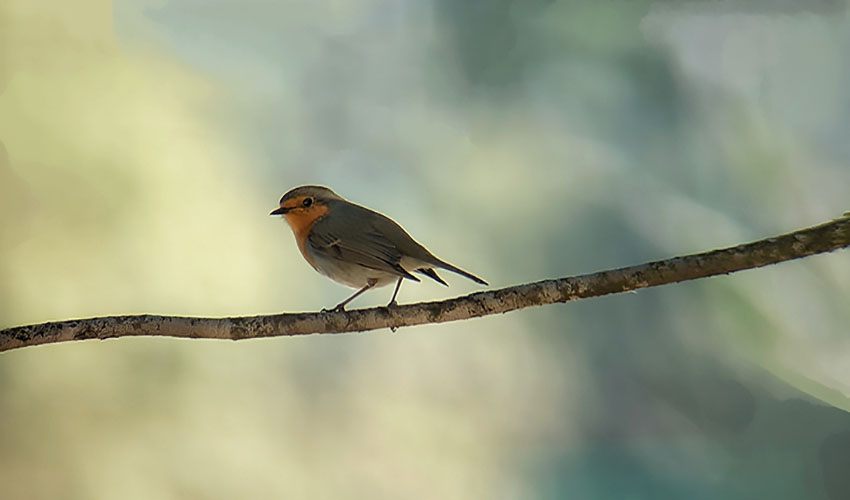 The name Nycticorax means "night raven" and derives from the Ancient Greek νύκτος, nuktos "night" and κοραξ, korax, "raven". It refers to the largely nocturnal feeding habits of this group of birds, and the croaking crow-like call of the best-known species, the black-crowned night heron. Adults are short-necked, relatively short-legged, and stout herons; the two extant species both have a black crown and a whitish belly, while the wings, chest, neck, and auriculars are grey or rufous depending on the species. Young birds are brown, flecked with white and grey, and are quite similar to each other in the extant species. At least some of the extinct Mascarenes taxa appear to have retained this juvenile plumage in adult birds. They stand at the water's edge and wait to ambush prey, mainly at night. They primarily eat small fish, crustaceans, frogs, aquatic insects, and small mammals. During the day they rest in trees or bushes. 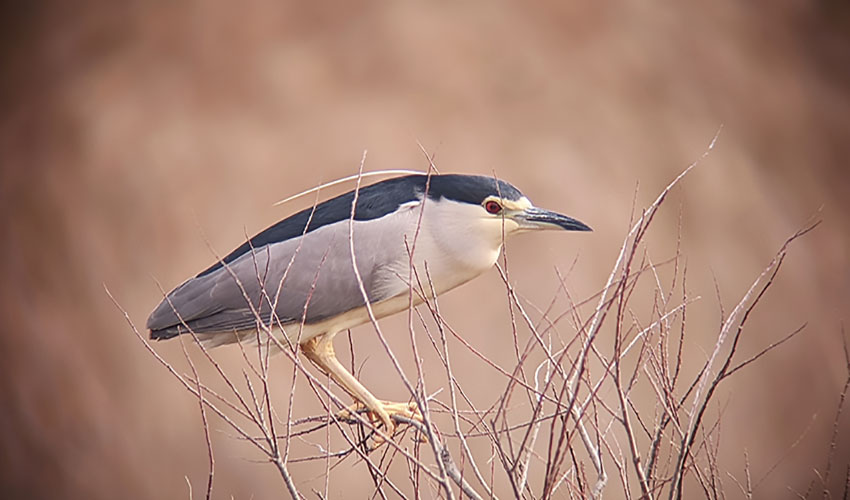 The European stonechat (Saxicola rubicola) is a small passerine bird that was formerly classed as a subspecies of the common stonechat.
The stonechat is 11.5–13 cm (4.5–5.1 in) long and weighs 13–17 g (0.46–0.60 oz), slightly smaller than the European robin. Both sexes have distinctively short wings, shorter than those of the more migratory whinchat and Siberian stonechat. The summer male has black upperparts, a blackhead, an orange throat and breast, and a white belly and vent. It also has a white half-collar on the sides of its neck, a small white scapular patch on the wings, and a very small white patch on the rump often streaked with black. The female has brown upperparts and head, and no white neck patches, rump, or belly, these areas being streaked dark brown on paler brown, the only white being the scapular patch on the wings and even this often being buffy-white. The male's song is high and twittering like a dunnock. Both sexes have a clicking call like stones knocking together. 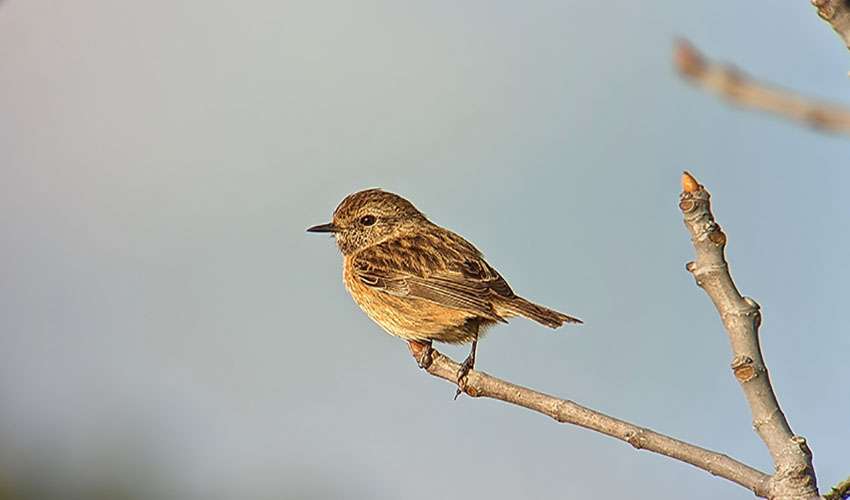 Pictures are from Javi Phonescoping. Bird information is from Wiki. Thanks for your watching.

by Belle
The anniversary activity

by Belle
The problem of payment method

by Cindy
The award list of February Photography activity

by Cindy
Imaging problem with my SV503 70ED

by Tyson
Have you ever tried watching the moon with sv406p？

by Cindy
Why Should You Choose This Telescope Carrying Case ...