21/10/2021 IC 1396 is a very scattered open cluster associated with a large diffuse nebula, visible in the boreal constellation of Cepheus; it is located in a stretch of the Milky Way partially obscured by dense banks of dark nebulae, in a galactic region rich in dust and neutral gases with associated young and hot blue stars. A particular dark nebula that overlaps the object, vdB 142, is also called the Elephant's Proboscis is about 3000 light-years away from the Sun. Photo 44x300 "Tele Svbony SV503 and 102/714 flattened, Cam Qhy294c pro with L-enhance filter, phd2 guide with tele 60/240 and asi 224 with Svbony uv ir cut filter on Heq5pro synscan, NINA acquisition with Stellarium support. DSS sum Pixi + Photoshop + Camera Raw processing. Clear Skies 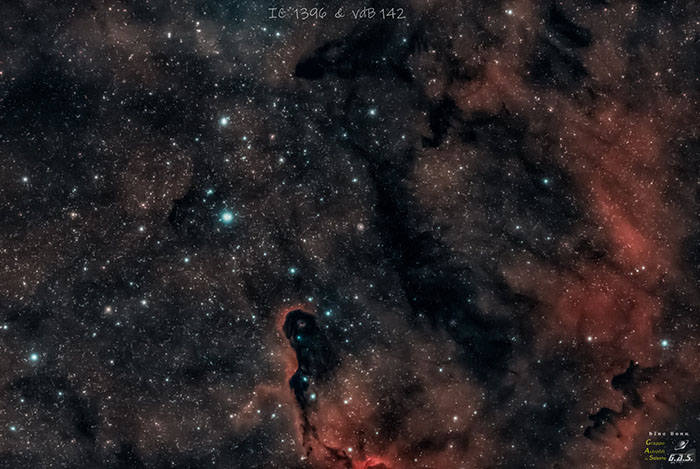 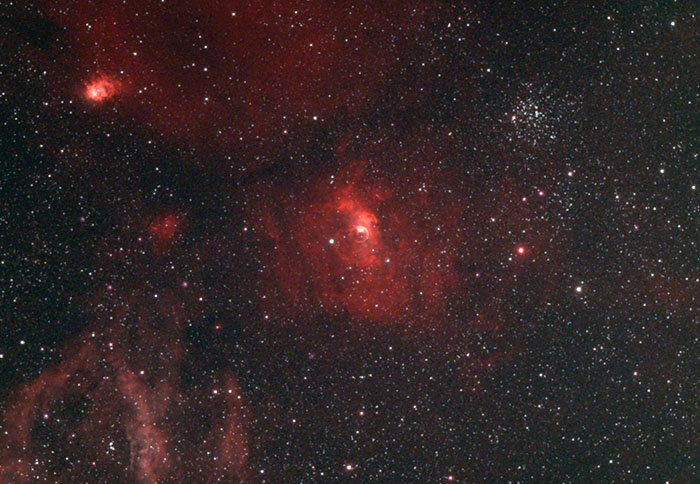 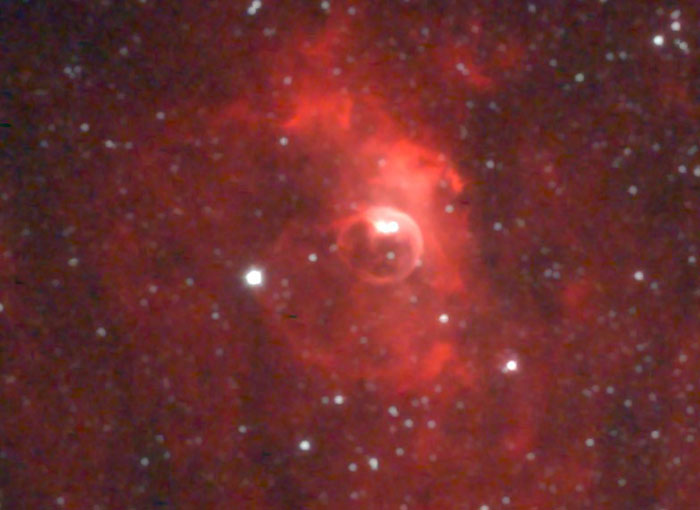 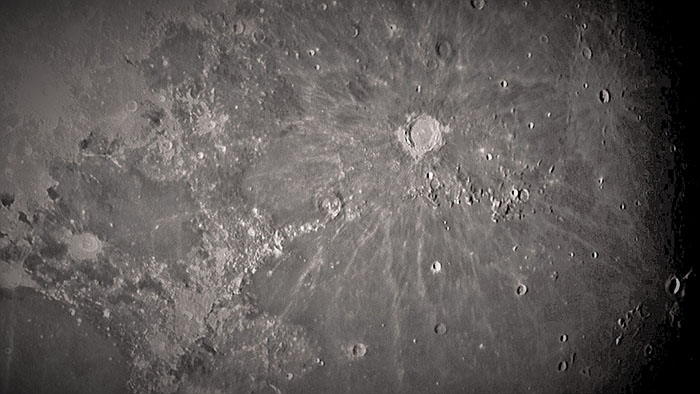 I had a good clear night for most of last night (albeit with the addition of a pretty full moon toward midnight) so I shot these two targets--The Tarantula Nebula (narrowband) and the Ptolemy Cluster (LRGB) from here in New Zealand on my SV503 80mm. 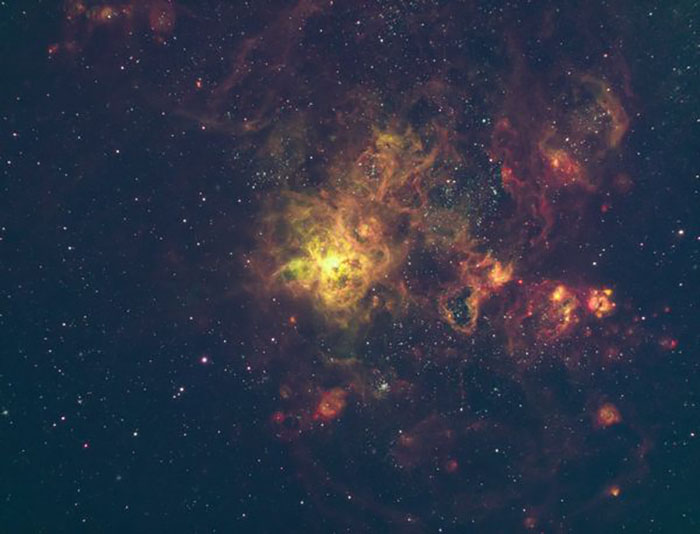 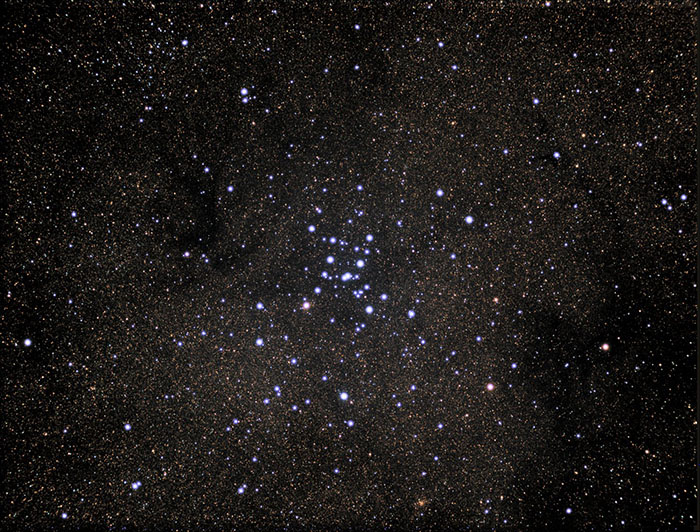 19/20 October 2021 NGC 281 is a visible emission nebula in the constellation of Cassiopeia; surrounds the open cluster IC 1590. It is sometimes called the Pacman Nebula. It is located 1.5 degrees east of the star α Cassiopeiae; powerful tools are needed to be able to identify the nebula, which is certainly the most important object, given that the cluster associated with it is formed by a few stars and dominated by a double star of eighth magnitude. The nebula appears clearly furrowed by a dark vein, which crosses it in an east-west direction; perpendicular to this, another is identified, facing south: a "T" is thus formed which deeply marks the whole object. Photographing with the full Moon Shots 76x300 "tot. 6 h and 20 min. So says DSS Tele Svbony SV503 and 102/714 and flattened, Cam Qhy294c pro with L-enhance filter, phd2 guide with tele 60/240 and asi 224 with uv ir cut filter on Heq5pro synscan, NINA acquisition with Stellarium support. DSS sum processed by Pixi + Photoshop + Camera Raw. Clear Skies 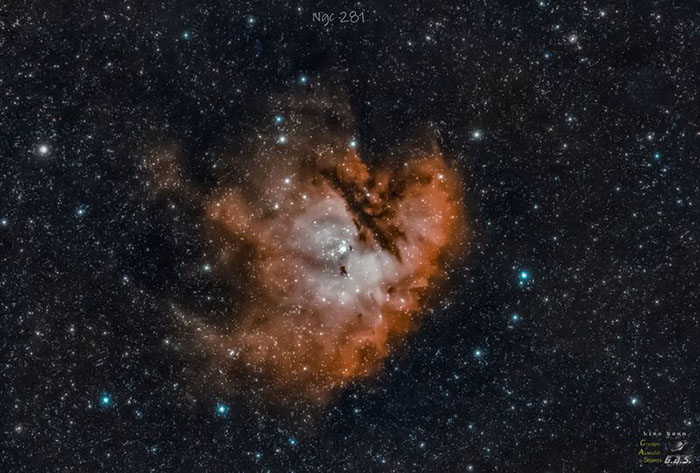 My version of the Horse Head and NGC2023 nebulae, taken from my balcony 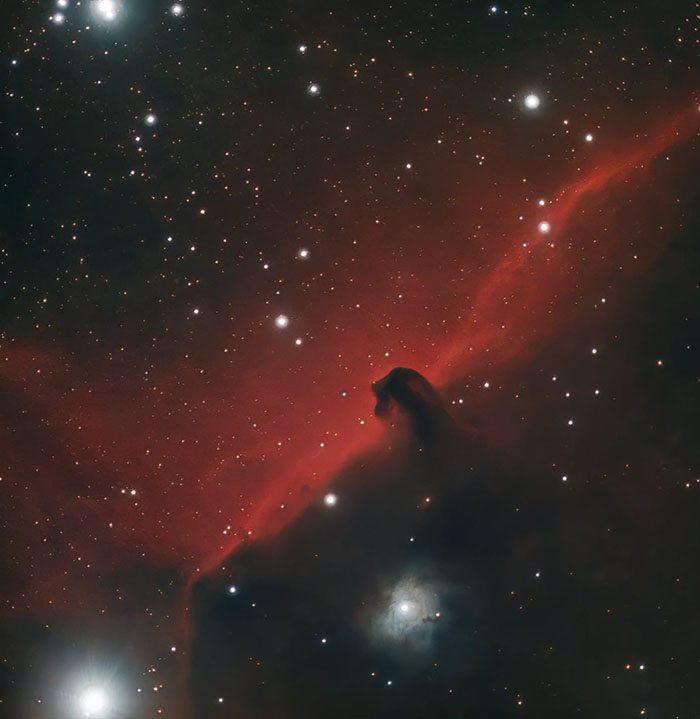 The close ups were through an Svbony 5x barlow. 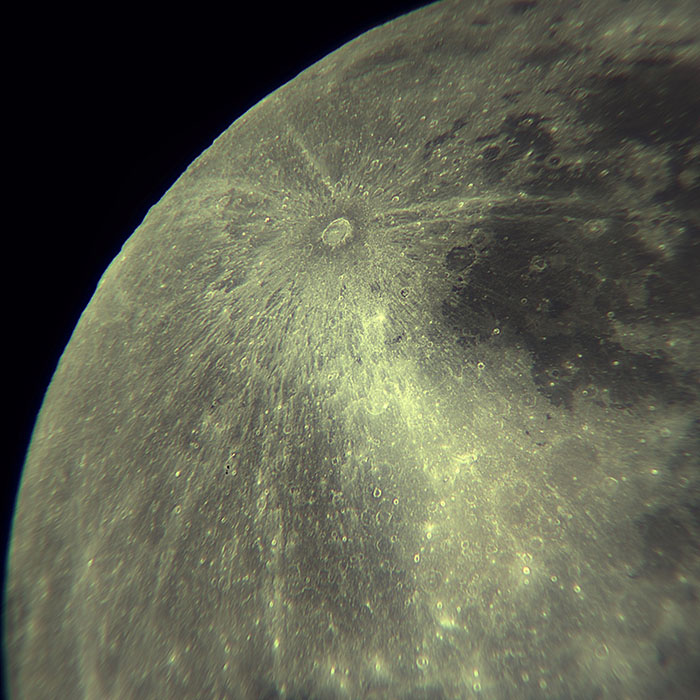 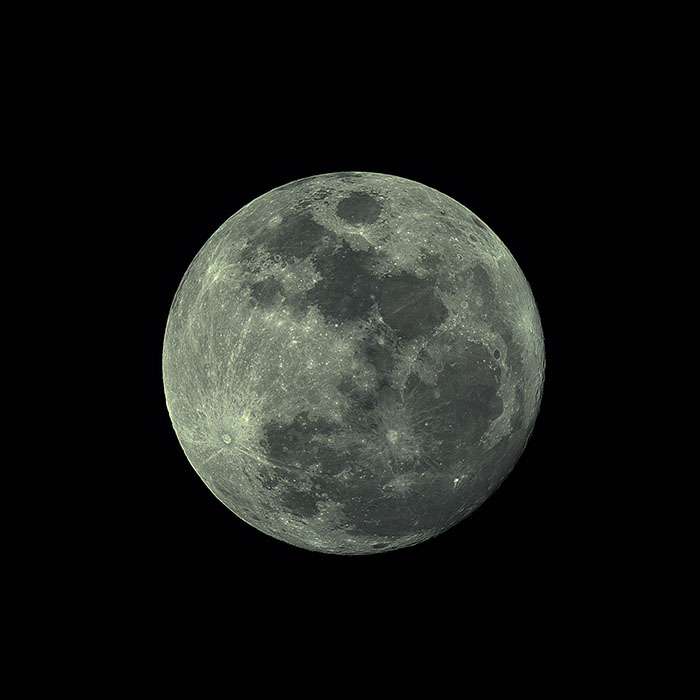 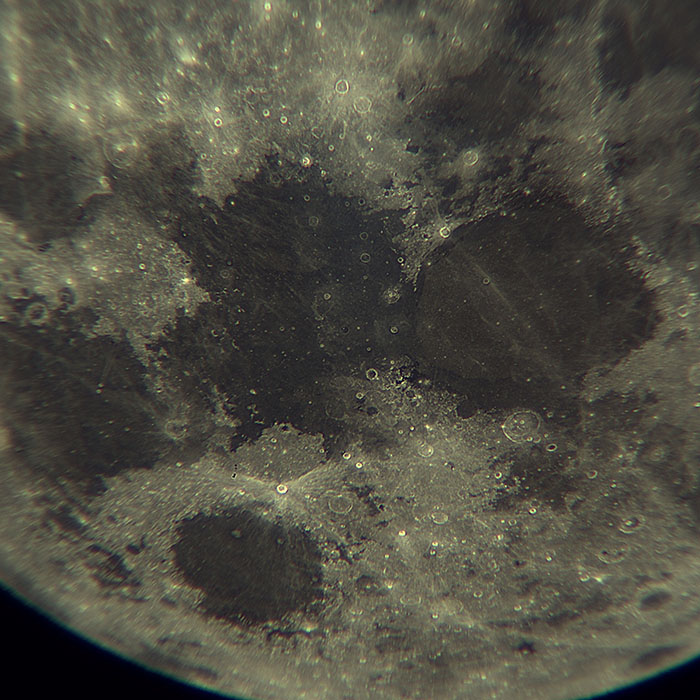 The Great Orion Nebula: M42 The Orion Nebula is a picture book of star formation, from the massive, young stars that are shaping the nebula to the pillars of dense gas that may be the homes of budding stars. The bright central region is the home of the four heftiest stars in the nebula. The stars are called the Trapezium because they are arranged in a trapezoid pattern. Ultraviolet light unleashed by these stars is carving a cavity in the nebula and disrupting the growth of hundreds of smaller stars.- NASA 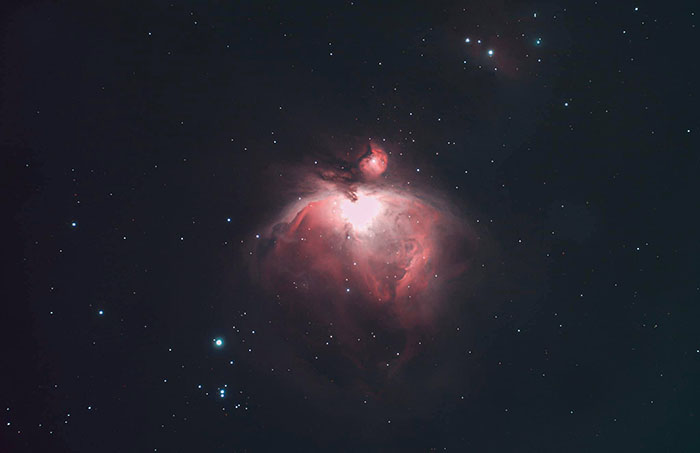 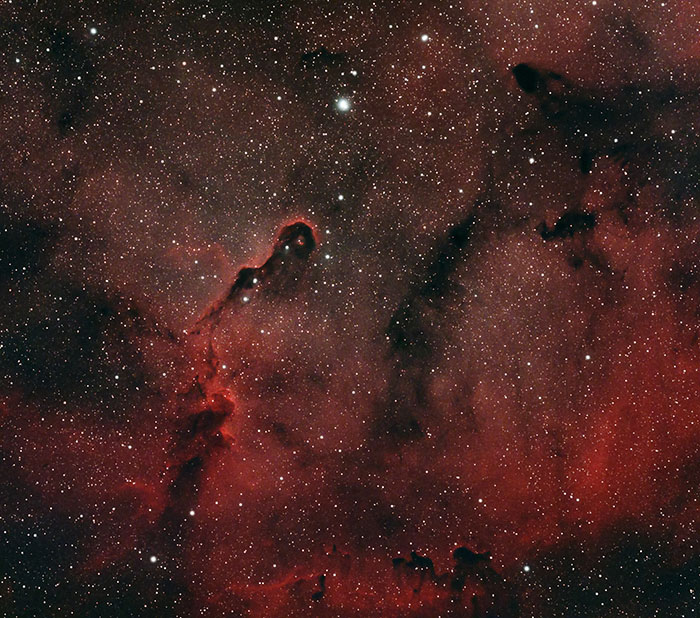 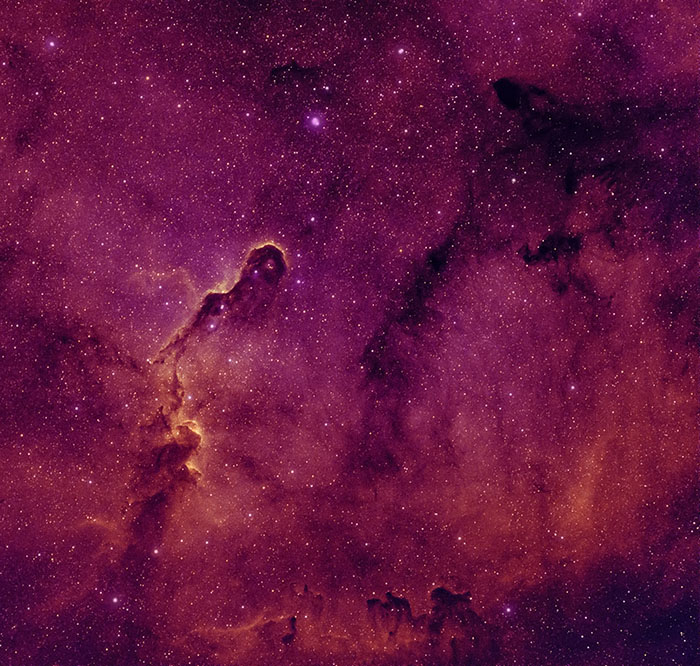 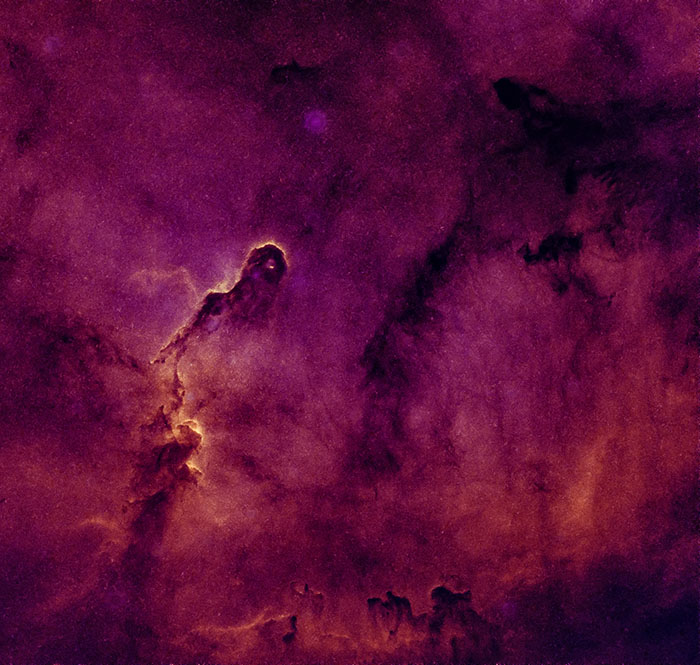 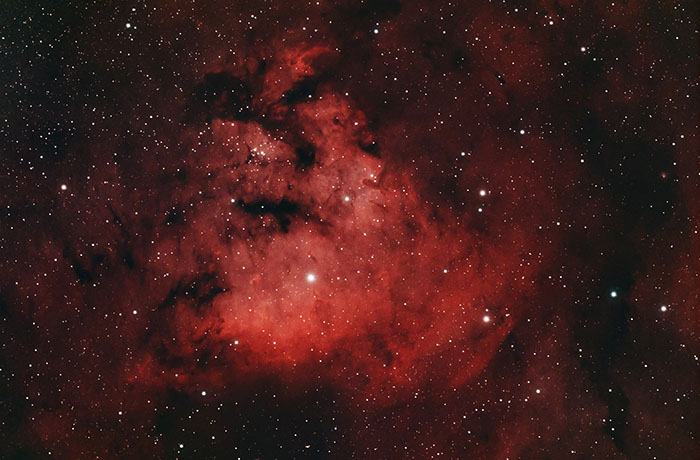 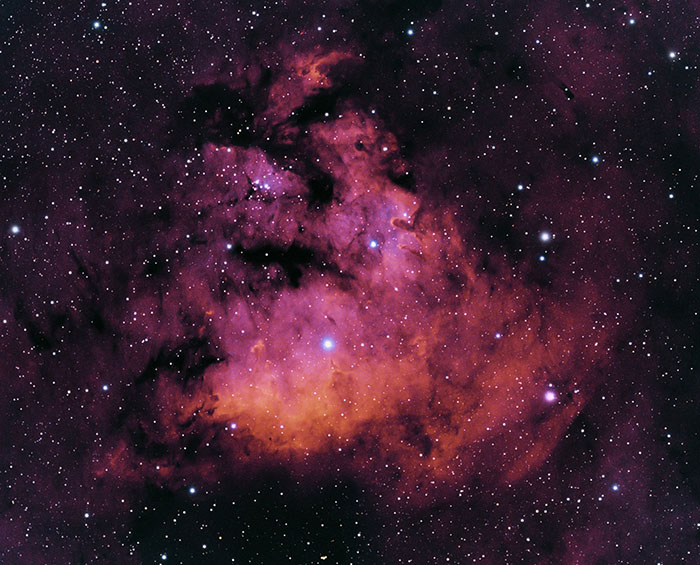 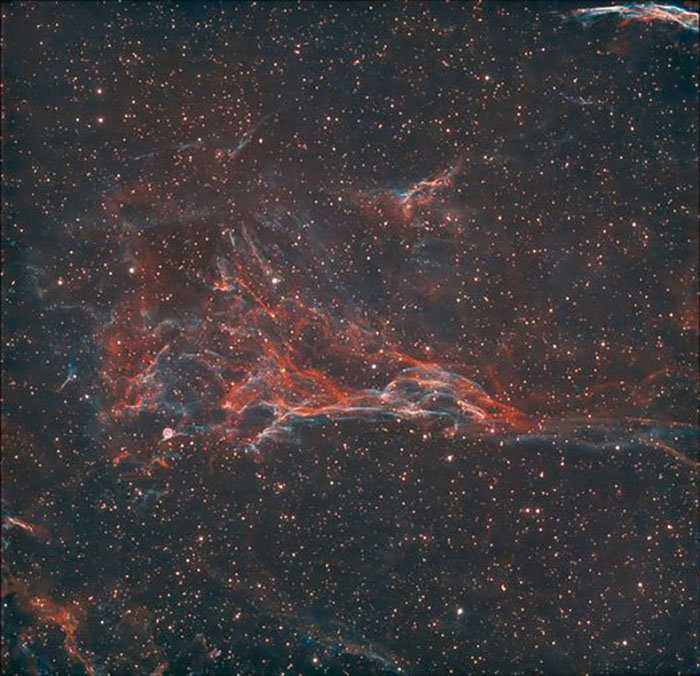 by Cindy
Some New Tests Feedback about Dual Narrowband Fil ...