The journey of refractors 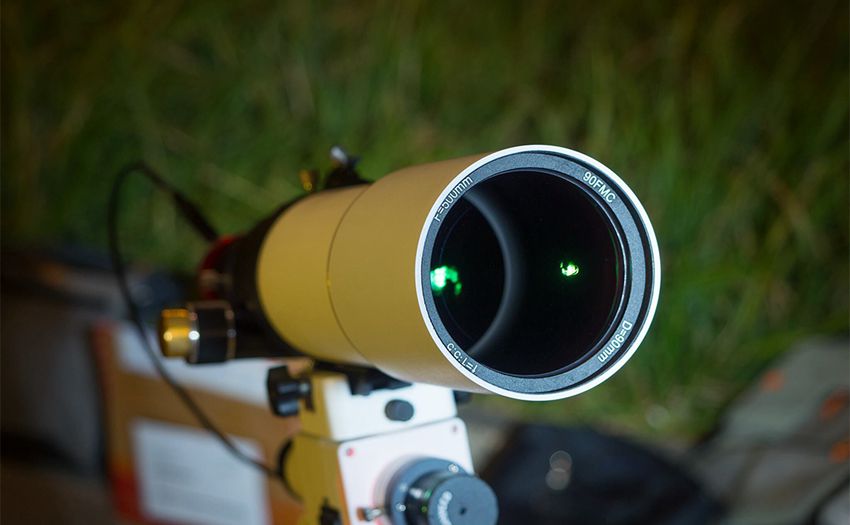 The journey of refractors

If you are enthusiastic about this hobby, then you know refractors. That's a kind of telescope which beloved by many amateur astronomers all over the world, also the ones we are trying to make our best. From the very first light of the first refractor on earth to today, it has been such a long history which I want to share with you in this blog.

The telescope has been invented before Galileo. Based on a detailed understanding of the telescope's imaging principle, Galileo began to grind the lenses himself. He continued to study the principle of lens imaging in order to make a telescope with a higher magnification. Finally, in 1610, he produced the refracting telescope with the highest magnification at that time, which could magnify objects by 33 times.

The imaging principle of the Galileo telescope is as follows:

Galileo made many important discoveries with this telescope, his outstanding contribution paved the way to astronomical telescope observation.

The convex lens has serious chromatic aberration as an objective lens. Then Huygens came into play. He found that if the convex lens is made with a long focal length and a small curvature while the focal ratio is long, the chromatic aberration will be greatly reduced. Ever since refractor telescopes are getting longer and longer, the focal ratio has even reached F25. With such a long focal ratio, the chromatic aberration is almost invisible, and the observed effect is greatly improved. The focal length of the objective lens is longer, so the magnification is naturally much higher. It was indeed a very meaningful improvement at the time.

ED refracting telescopes are relatively high-end refracting telescopes, but it is also divided into two levels, one is a general ED mirror, and the other is called an apochromatic (APO) telescope. A general ED telescope objective lens is usually composed of two pieces of glass, one of which is ED glass. While APO requires at least a combination of three lenses. The triplet APO is a classic type of APO refraction.

We Svbony are dedicated to making fine refractors for all amateur astronomers all over the world. Right now, we have some very good refractors in our arsenal already, I believe you will be happy with them.